Samurai kenbu（剣舞,Kenbu）is the traditional performing art with a Japanese sword 'katana' and a Japanese fan. The word ‘kenbu’ means literally ‘sword dance.’ In feudal times samurais danced with their swords and fans to give themselves courage or to achieve mental concentration.

In the movie "The Last Samurai" you can see the actor performing kenbu on the day before the battle. Usually samurai kenbu players perform to a background song and music. Chinese-style poems or Japanese short poems are used for background songs.

Some songs express the bravery against enemies according to samurai beliefs and some songs air out the feelings of leaving ones hometown.

The background and history of Samurai Kenbu

Though samurai kenbu was formed after feudal times, it has a big relationship with old samurai society in feudal times.

1. Training for the martial arts 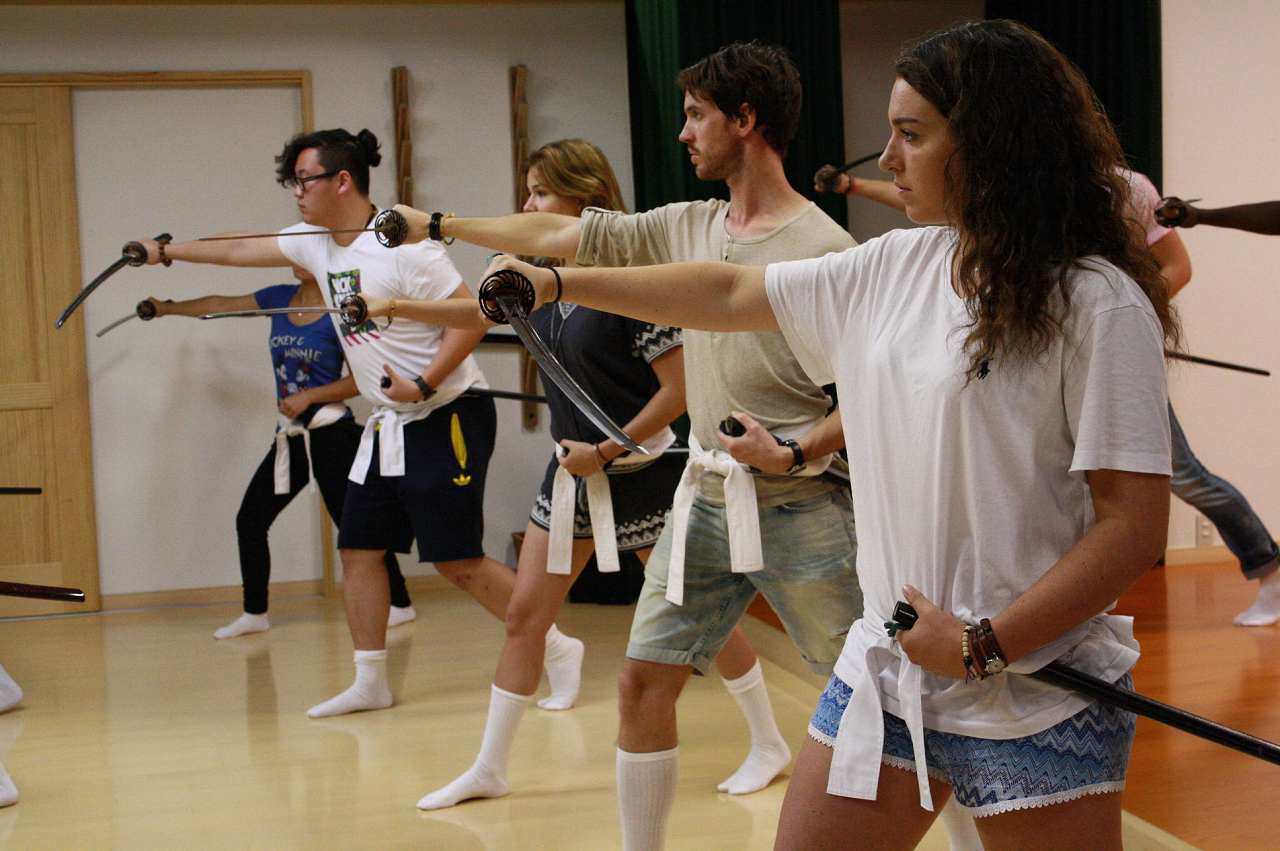 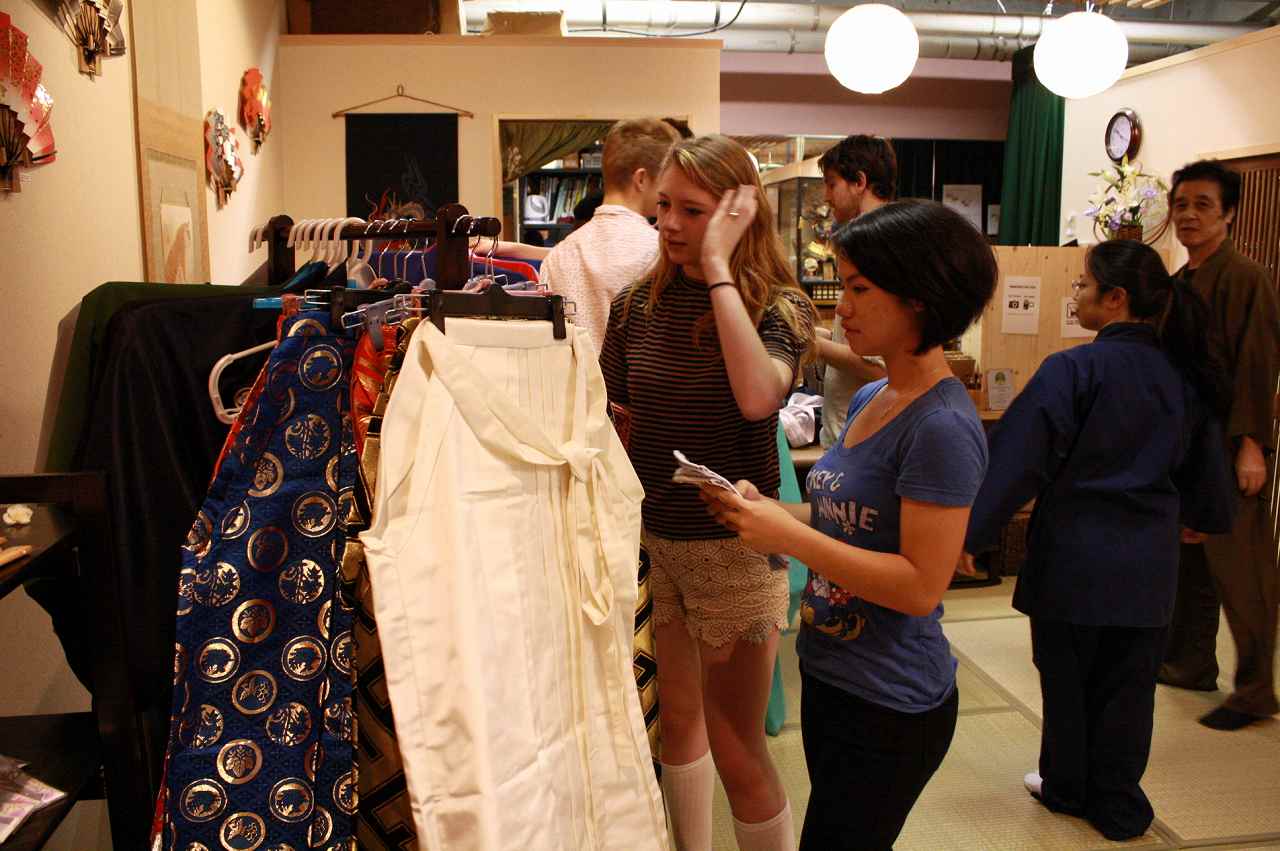 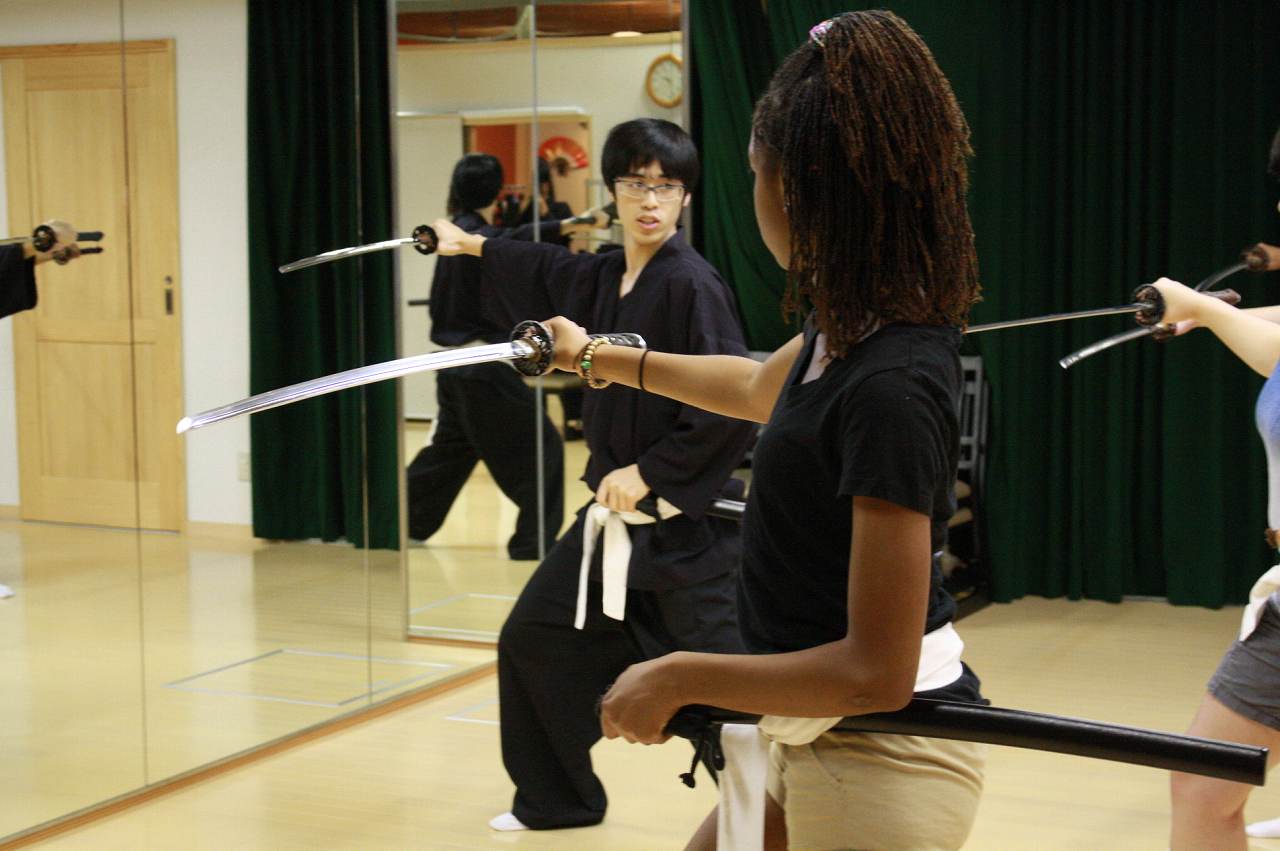 After the Meiji reconstruction started in 1867, Japan’s government abolished the social and economic privileges of samurai and tried to make the society westernized. Many of the swordplay dojo had to be closed. To promote martial arts, some swordsmen such as Kenichi Sakakibara played swordplay as the show on the street. The show was very popular and was held across Japan. One of the swordplayers, Raifu Hibino, played a sword Demonstration to a background song. It was the start of Samurai kenbu.

As Japan was becoming a military power, the government encouraged samurai kenbu across the country. Lots of poems were written to increase national prestige and were used as the background songs of samurai kenbu. When WW2 ended, GHQ occupied Japan and prohibited any kinds of martial arts, including samurai kenbu. After Japan was returned and became a pacifist nation, samurai kenbu ®estarted as one of the traditional Japanese performing arts.

The traditional art showing the samurai’s spirit and culture

As for the current samurai kenbu, it is popular for many people as the traditional art that makes them feel like a samurai. It is not a fighting match, so women, children and elders can also enjoy it. And it’s very enjoyable to perform on stage.

The theme and choreography have also been studied; not just playing in line with the words of the poetry but trying to make spectators sympathize with the background or the intention of the authors, the mind of the characters in the times, and those tastes of the poetry. Also the use of the holding fan has changed. Once it was used just as a substitute for the sword, but now it has a much more important role to express various emotions and to make artistic beauties. There are the works using only a fan without using a sword such as "Pine, Bamboo, and Plum".

There are various styles of Demonstrations; single play, group play, and a creation Demonstration with modern music. Sometimes the long combination plays under a specific subject are performed. They put their ingenuity into directions such as the narration, BGM and stage lighting. Samurai kenbu can be said to be a true general theatrical art.

We hope to inform people from around the world about the Samurai spirit and aesthetic sense through the traditional performing art of Kenbu. We would like you to understand more about Japanese culture and we wish to share the universal values of the Samurai.