“kenbu” and the “samurai” culture it emerged from

Kenbu is a form of performing arts created by samurai. While there have existed a variety of warrior groups around the world, the “samurai” were a rather exceptional case of a group that has become widely known under a specific proper name. The following overview of the history and relationship between kenbu and samurai illustrates what kind of people the samurai were, and what prompted them to start performing kenbu.

Originating from the verb “saburau,” the term “samurai” was initially used to refer to men who served and guarded aristocrats in the Heian period. These are considered to be the predecessors of the samurai as they later became famous. In the 12th century, Minamoto no Yoritomo established the Kamakura shogunate, marking the beginning of a samurai government that would last for seven centuries. As entrusting one’s life to someone else was not an uncommon idea in the samurai society, the focus was not only on the refinement of military arts, but also the building of trusting relationships was regarded as important. During the time of the Muromachi shogunate in the 14th century, there were public meeting spaces called ”kaijo” in Kyoto, and those were places where various cultural activities such as the tea ceremony, ikebana or renga poetry developed.

During the Sengoku era in the 16th century, the samurai’s aim to become the rulers of Japan sparked a string of fierce battles in all parts of the country. Some of the military commanders at the time went down in history. In order to exhibit their power and confidence, they were also very particular about their armor and helmets, and their displays of braveness became the foundation the kata (patterns) in kenbu are based on. In the early 17th century, the Tokugawa clan established a shogunate in Edo (Tokyo), and thereby brought peace to the country that eventually prevailed for about 250 years. From there, the samurai developed a unique set of values and mentality that is still being referred to as “bushido” today. This philosophy is summed up by such attitudes as “being loyal to the lord,” “valuing courtesy,” “bravely executing what is correct,” and “treating the weak with affection.”

In 1853, the American “Perry squadron” arrived in Japan. Not only the shogunate, but also the local samurai sensed in this situation a threat to the autonomy of Japan, and engaged in heated discussions about the future of their country. Some of them chose to express their thoughts and feelings through Chinese-style poems, which they recited while dancing with their swords and fans. The additional element of poetry recitation (shigin) in kenbu allowed performers to express next to the braveness of the samurai also much more subtle emotional aspects. Through such activities, the local samurai finally managed to overthrow the shogunate. In 1867, the announcement of the return of political power from the Edo shogunate to the emperor at Nijo Castle in Kyoto (which is today a word heritage site) marked the end of the age of samurai. While various forms of Western culture were aggressively imported, in the newly implemented class system it was forbidden to wear a sword, which forced many fencing dojo (training studios) to close. Terrified at the prospect of the samurai culture their forefathers had forged getting lost altogether, the master swordsmen began to stage fencing performances that hadn’t been shown in public up to that point. That was also when the first kenbu performances were carried out. Such performances gained popularity, and quickly spread across the whole country. In 1890, Hibino Raifu established a school specializing in kenbu in Tokyo, after which a variety of schools opened one after another that still exist today. This was the beginning of kenbu as a traditional performing art. 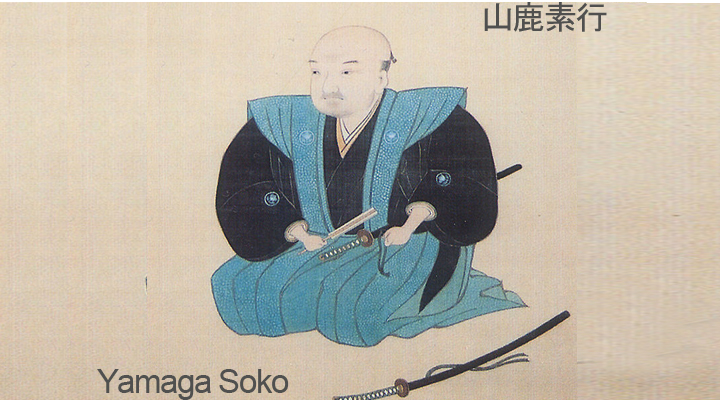 Many Japanese see a samurai not simply as a barbaric soldier, but also as a person of morals and ethics. This has much to do with the transformation of the Edo shogunate into a civilian government, and the implementation of the Pax Tokugawa in the late 17th century.

Up to the Sengoku era, the lifestyle of a samurai had been referred to as that of a “warrior with bow and arrow,” whereas the readiness to die occupied a large percentage within the ascetic practices of a samurai. Upon entering the Edo period, the samurai were given roles as part of the Tokugawa administration, and the functions of their respective individual military groups were put on ice. In addition, while retaining their warrior character and attitude, they were also required to develop the moral sense of a leader who is able to attract people.

The Edo shogunate incorporated Confucianism, the polar opposite of armed fight, as an educational system that encourages a samurai’s consciousness as a ruler. Samurai were instructed to borrow expressions and ideas from Confucianism that help them to strictly restrain themselves as policymakers, and straighten their attitudes and behaviors. In “Yamaga Gorui,” established in 1663, military strategist and Confucianist Yamaga Soko suggests that “a samurai should set an example by showing wellmannered behavior in all his movements.” Furthermore, Yamaga’s disciple Daidoji Yuzan argues in ”Budo Shoshinshu (The Code of the Samurai)” (1716-36) that, “Above all else, the samurai must be firmly resolved that he can die anytime, day or night, from the time he eats his zoni soup on the morning of the first day of the new year until the night of the last day of the year. […] Loyalty, justice and valor are most essential to Bushido. The samurai possessed of these three virtues is the most outstanding example thereof.” ​

The ideal samurai as depicted in proverbs

Such kind of samurai thinking and acting was incorporated also into Kabuki, Joruri or Bunraku performances that were popular with the common people in the Edo period, and expressed in several proverbs.

These proverbs reflect an image of the samurai that has become common among the general public, and at once certainly also a certain expectation as to ”how they are supposed be.” But not all samurai were necessarily such magnificent people of great virtue, and as a matter of fact, there must have been big differences between them. What is essential, however, is that this common idea of ”how they are supposed be,” and the expectations as to how a samurai should behave, have certainly inspired the samurai to square themselves accordingly. This image of the “ideal samurai” has been projected in numerous pieces of performing arts including kenbu, and it is still being communicated to people in and outside Japan through performing arts. 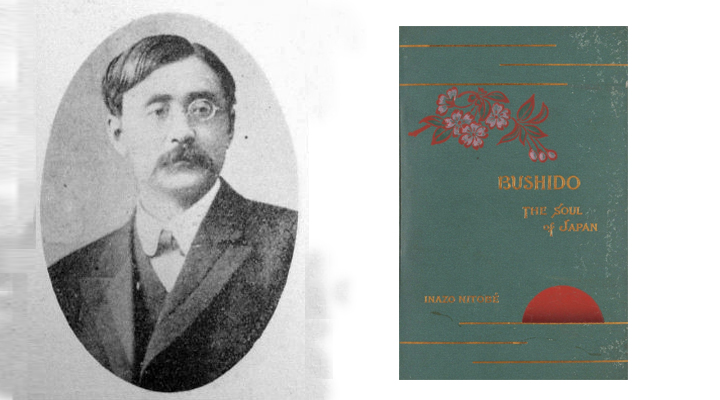 "Bushido – The Soul of Japan"

Since about when do the samurai enjoy such a degree of familiarity around the world? One occasion that widely introduced the concept of samurai especially as persons of ethical behavior was the publication of Nitobe Inazo’s book ”Bushido – The Soul of Japan.” Originally written in English in 1900, within a few years the book was translated into German, Polish, French, Norwegian, Hungarian, Russian and Italian, and became an international bestseller. Nitobe was a widely active educator, and at once also UnderSecretary General of the League of Nations. He was a man who deserved great esteem and respect, and considering that ”Bushido” is one book that everyone with an interest in samurai culture has probably read at least once, it is definitely a classic. If you haven’t read it yet, I do recommend to pick it up when you have the chance.

The term ”bushido” however is not an expression that was popular before the Edo period, and among historians, the book “Bushido” doesn’t enjoy a particularly high reputation. After all, we should bear in mind that ”Bushido” was written in the second half of the Meiji era, by a person who was not an expert in the field of history.